How Blockchain Gaming Is Shaping The Future of Metaverse

It is only a matter of time until blockchain technology becomes the leading platform for video gaming. With the advent of this revolutionary technology, there has been a tectonic shift in how we viewed and consumed traditional games. Blockchains’ unparalleled security, transparency, and decentralised nature make it a perfect choice for gaming.

Blockchain-based games allow players to use various in-game assets like NFTs as collateral for loans or trade them in exchange. Moreover, they present exceptional earning opportunities in the form of tokens, collectibles, mission pools and other investments. Some of the prominent blockchain games include Axie Infinity, Spinterlands, Illuvium and Star Atlas, among others.

One of the inseparable parts of the whole blockchain gaming experience is the Metaverse. Metaverse gaming allows the creation of digital assets owned by users that can be used in multiple games. The production and ownership opens up many possibilities for game developers to create genuinely interoperable games with immersive experiences.

Key Highlights of The Blockchain Gaming

Before dwelling on the cause and effects of metaverse on blockchain gaming, let’s take look at these stats:

It is imperative to mention the growing interest of tech giants, and mega gaming studios increase the prospectus for the development of blockchain gaming. Meta, Google, Microsoft, NVIDIA, Sony, and EPIC are the forerunners to seize the opportunity presented by the new digital revolution.

Blockchain Gaming Is The Future of Gaming 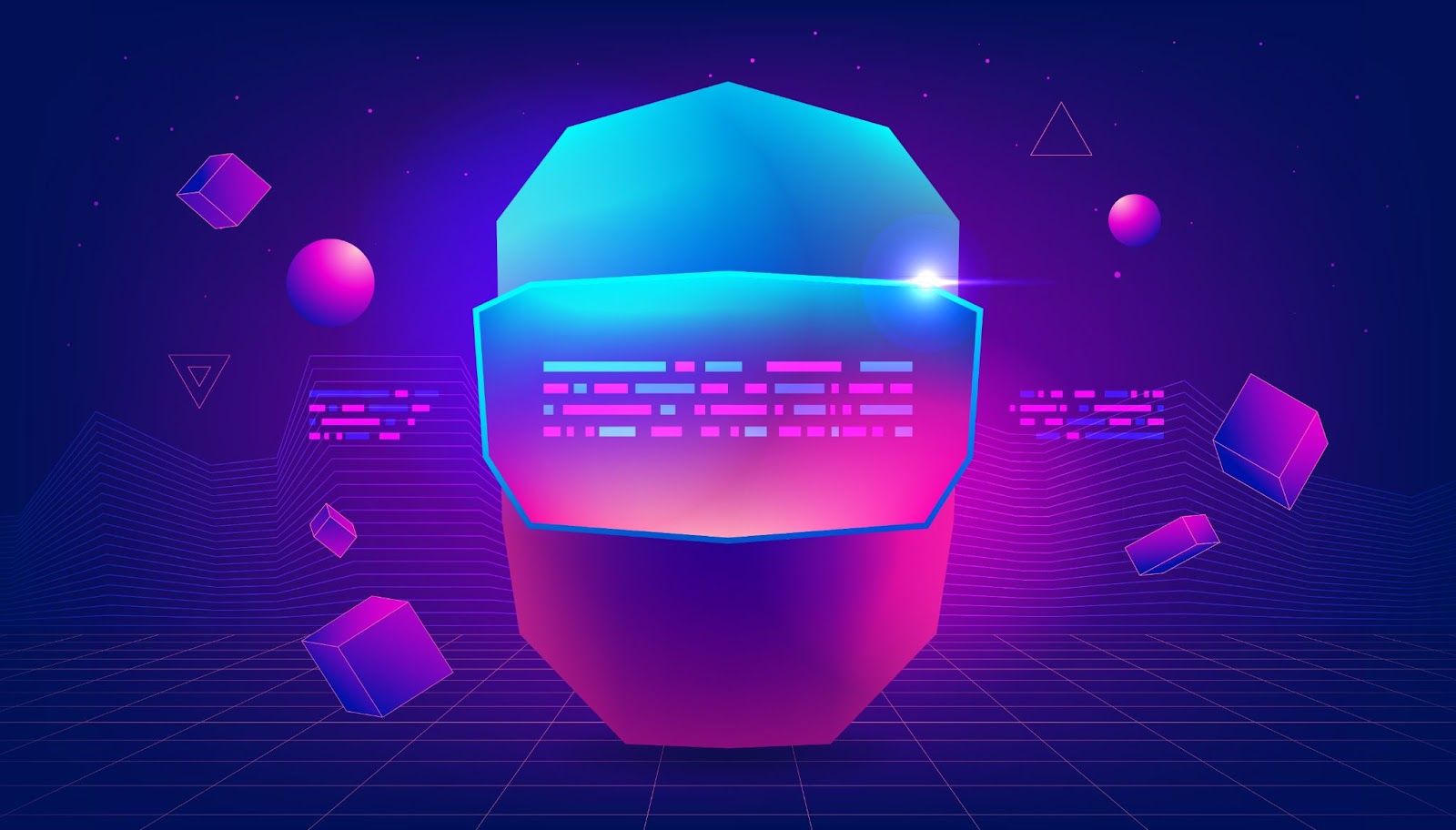 Blockchain gaming can potentially revolutionise the gaming ecosystem by allowing gamers to own in-game assets (NFTs) and provide a more secure and transparent gaming experience. The Metaverse blockchain is one of the leading blockchains for this purpose.

It has many offerings that make it well-suited for gaming, including smart contracts, asset creation, and digital identities. In addition, projects being built on top of the blockchain will further enhance the capabilities of the gaming metaverse.

Blockchain gaming removes the middleman from game economies, allowing gamers to interact with each other on a peer-to-peer basis. Because of these benefits, the blockchain gaming industry is expected to increase in the coming years.

Opportunities In The Metaverse

With the advent of the metaverse, the gaming community found a great way to stick to gaming and get the most out of it. Prior to blockchain gaming, there were hardly any games that incentivised the gamers for the game time they spent. Neither was an opportunity to take any valuable asset out of the game and convert it to real-life money.

However, metaverse made it possible to allow users to earn from the gameplay and in-game assets. This earning opportunity is what we call Play-to-Earn. Metaverse has been definitive in the distribution of the Play-to-Earn gaming model. This model further aligns with the vision of the blockchain ecosystem to create a decentralised economy.

Blockchain games such as the Axie-Infinity, Decentraland, Sandbox set the tone for developing a Play-to-Earn gaming scape. These games incentivize their users with in-game tokens and NFTs that users can convert into fiat currencies. Moreover, users can then withdraw the converted currencies to their wallets as per their requirements.

One question that usually comes up now and then is Play-to-Earn sustainable? Indeed, gamers from emerging economies like Indonesia, Thailand, and the Philippines utilise the P2E ecosystem to make a passive and sustained income.

Every blockchain game has its native token for utility and governance to scale the platform. Most of these tokens are listed on the exchanges and are a great investment tool. The native gaming token of the Illuvium game, for instance, reached an all-time high of $2000. The underlying interest in metaverse projects is just starting to boom. As the metaverse unfolds, projects contributing to its growth will substantially increase in valuation.

The popularity of NFTs can hardly be overlooked today. From sports to luxury apparel, artists, and athletes, almost every major celebrity and company is invested in NFTs. NFTs have finally given people a sense of authentic and unique ownership. NFT can’t be replicated or reproduced; thus, an NFT owned by a user is highly exclusive and limited. This exclusivity makes them a perfect asset for in-game integration.

Game developers may choose a character, location, or any in-game component and mint it as an NFT. When gamers explore the region and further dwell in the gameplay, they are rewarded with these NFTs. Just like in-game tokens, users can choose to trade NFTs on exchanges and make a good earning out of it. 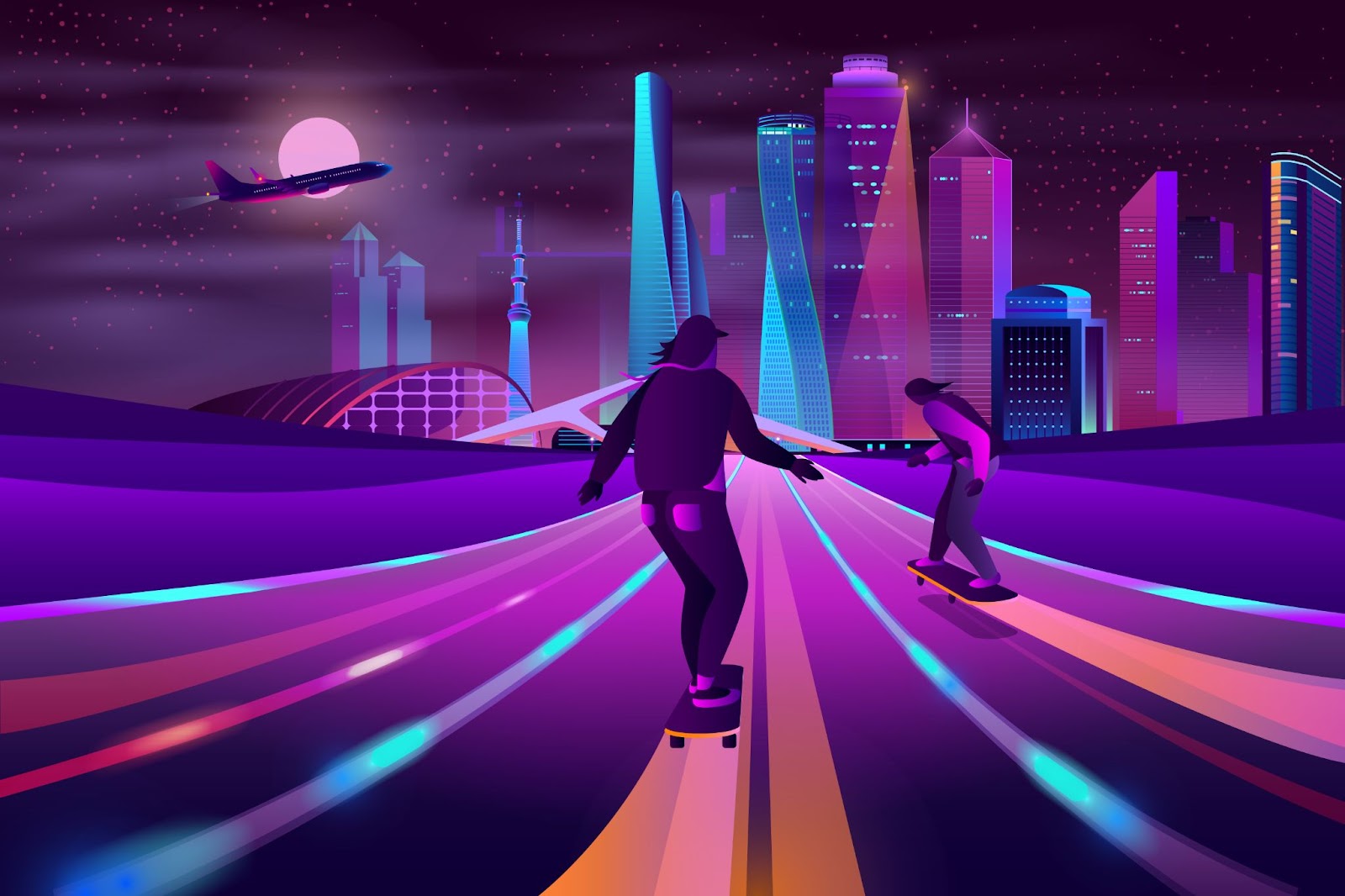 As blockchain gaming continues to gain popularity, developers are exploring new and innovative ways to leverage the transparency and security of blockchain technology to create new gaming experiences. While there are many different types of blockchain games available, the potential for metaverse gaming is arguably the most exciting.

The play-to-earn gaming industry is entirely decentralised, and it offers an interactive creator economy, robust digital recognition, and complete ownership of assets invested and earned. Follow  for the latest developments, invites, and sneak peeks. Follow WAHED and on Discord, Twitter for more information.